What is a treaty?

The Vienna Convention on the Law of Treaties 1969, art 2(1a) defines a treaty as "an international agreement concluded between States in written form and governed by international law, whether embodied in a single instrument or in two or more related instruments and whatever its particular designation...".

How do I find a treaty?

Flare Index to Treaties is an excellent search tool for finding multilateral and selected bilateral treaties. It contains details of treaties from 1353 onwards, with links to full text where available. 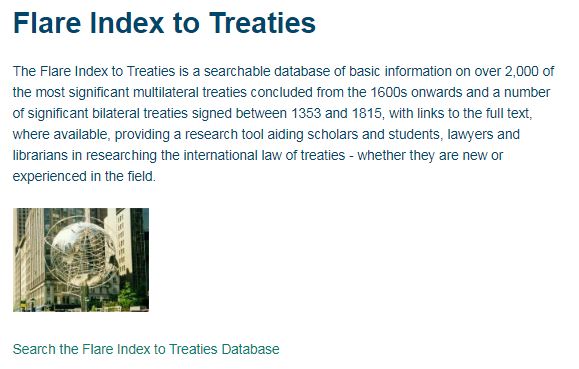 For other jurisdictions, see WorldLII 'Treaties and International Agreements by Country'.